My Basilean Army for Cancon 2016


The theory behind the army was:

1. The Elohi and Paladin Knights are the heavy hitters - supported by the Ur-Elohi and phoenix who could heal damage thoughtout the game.

2. The Spears and Paladin Foot Guard form another wave, advancing together and support each other if attacked. The Paladin Foot at M3+, D5 and nerve of 15/17 are quite resilient and spears can dish out a lot of attacks and have high nerve - will be tough to rout them in 1 turn.

3. Ur-Elohi can support the Elohi and Knights plus fly behind enemy lines to threaten war machines and get some rear combo charges. Also they are mobile and are not individuals so they can capture/contest objectives.

4. Crossbows and Arbalests are their to provide some shooting support, although not at all confident they will achieve much. Arbalests have blast D3+2 @ piercing 3 so they can do some damage if they hit. Crossbows with BC would be at piercing 2.

5. Priest can give inspiring and piercing 1 to infantry


The majority of the army was old Lord of the Rings Minas Tirith models that had been collecting dust in my garage. I decided to base them as whole units and constructed bases using Hirst Arts blocks. To compliment the bases I added some LoTR scenery.

Some picture of the bases, from WIP to finished - bad lighting but you get a feel for the bases. 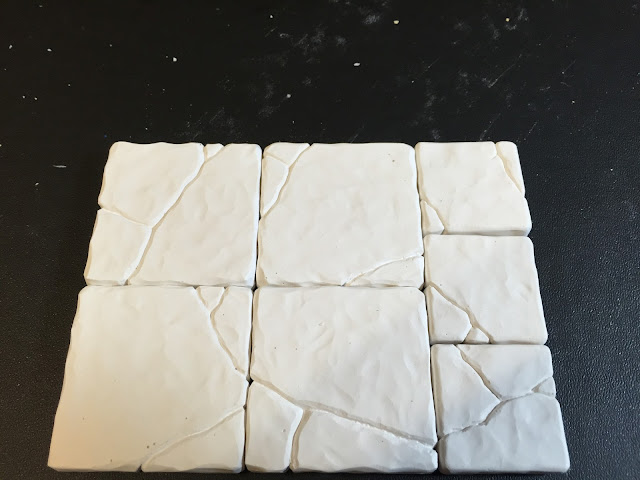 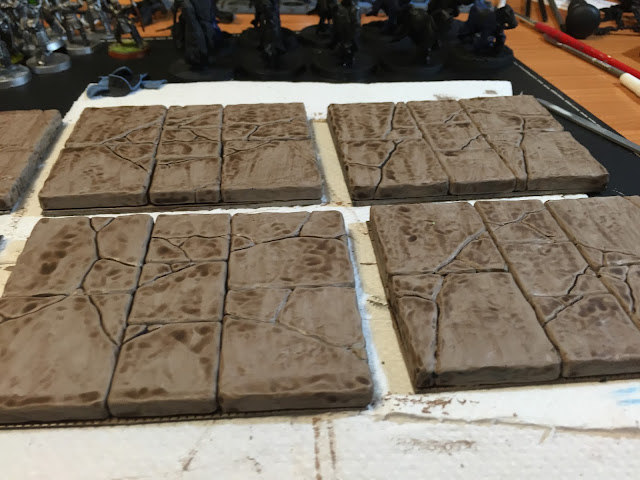 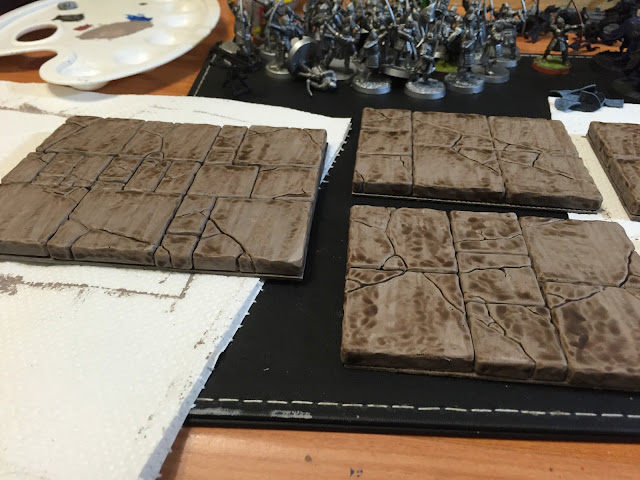 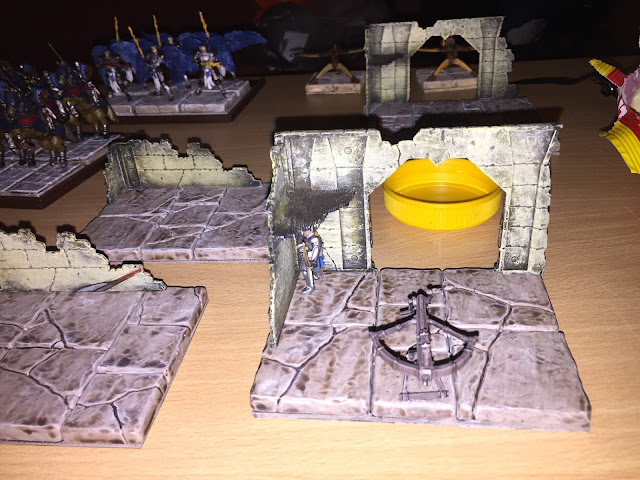 Here are picture of individual units - my painting skills are not fantastic and the majority of these models I obtained 2nd hand many years ago and had already been painted. 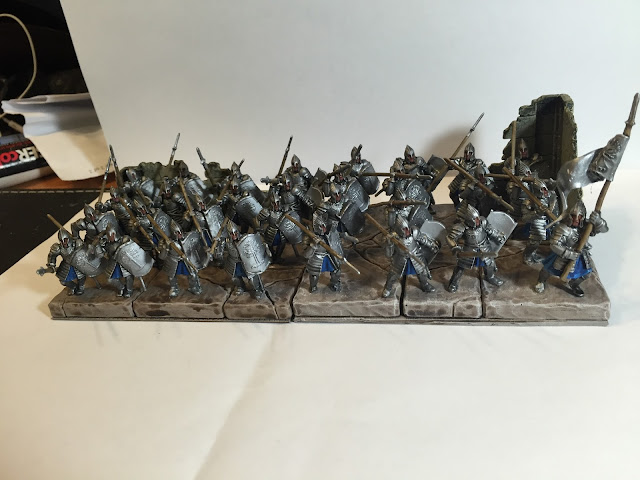 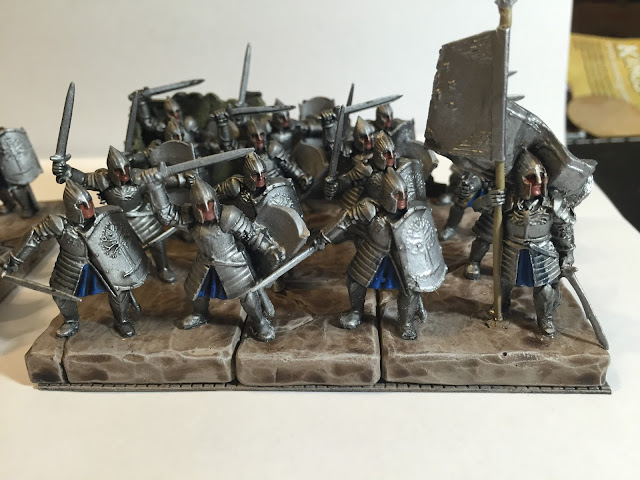 These were knights I had from an Empire army project - I have 10 Knights of Dol Amroth that are a WIP that will be the final models, I just didn't get the time to finish them. 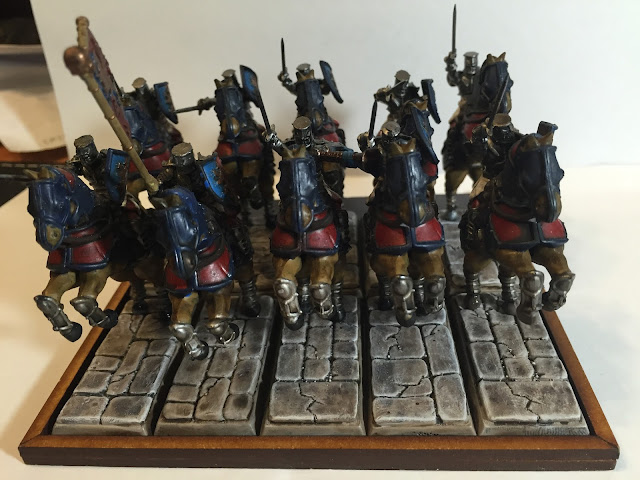 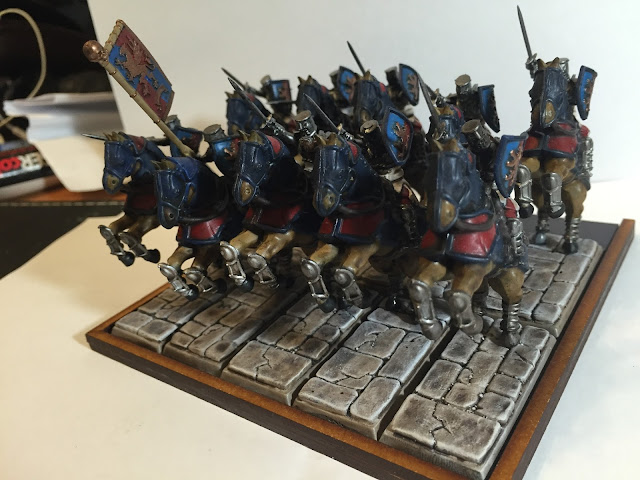 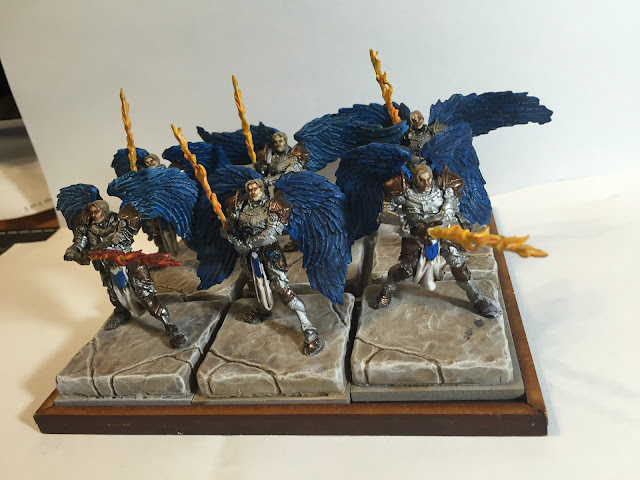 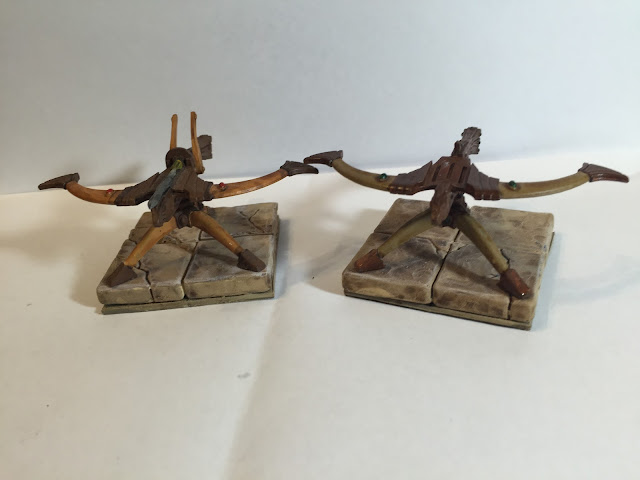 All mantic models and all a WIP. 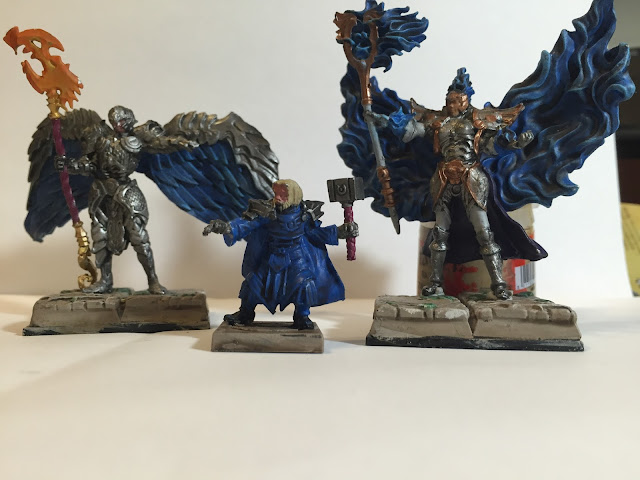 The Kingdom Death phoenix - a fantastic model - still a WIP 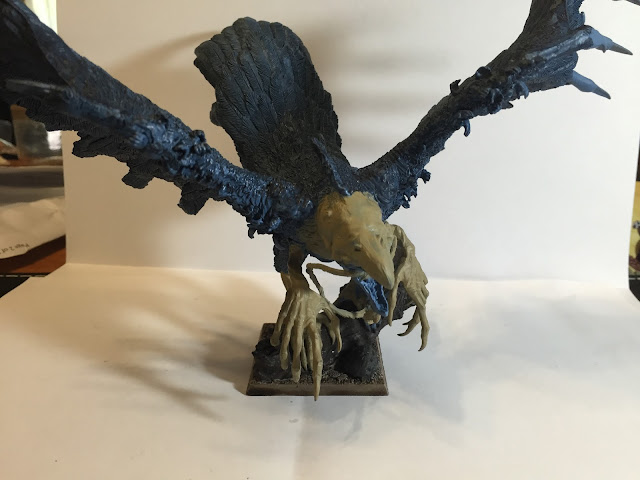 The army all together 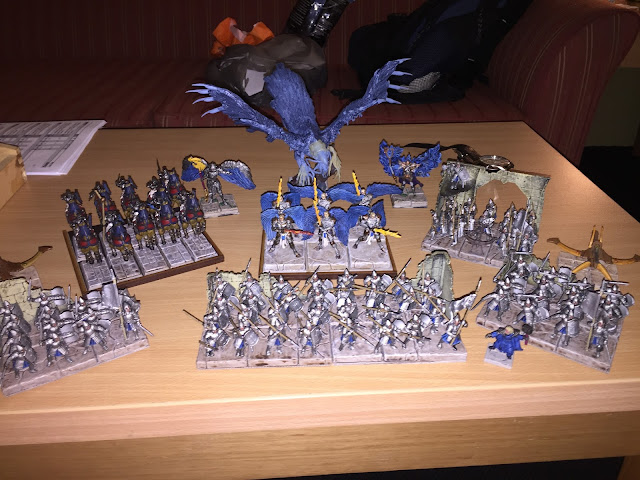 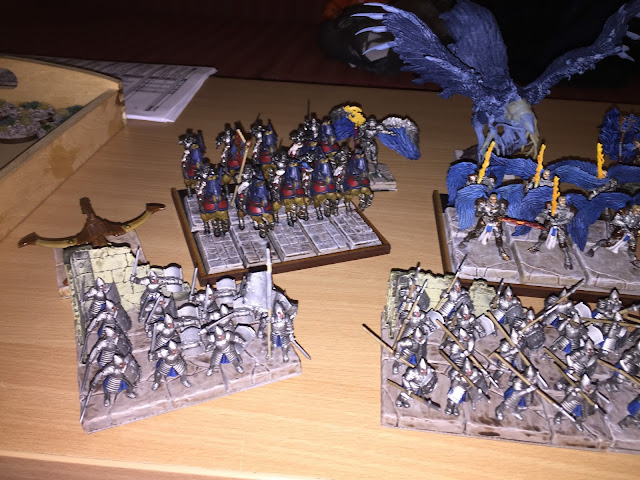 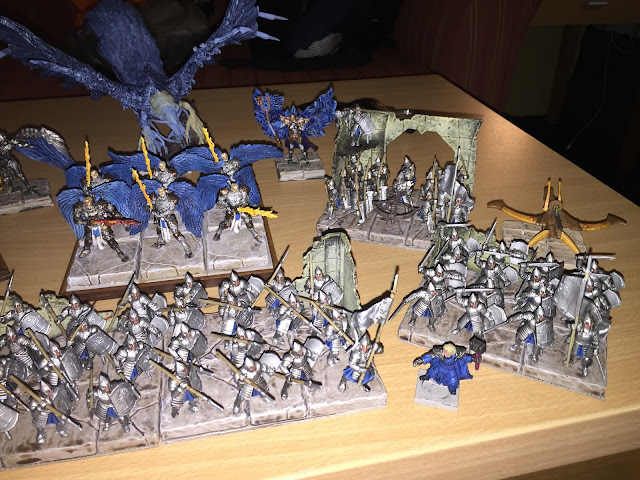